It’s that time of the year again folks! Allergy season.

Thanks to our trees, bushes, flowers, and weeds, that tiny grain that shoots into the air – pollen – begins its annual journey in spring ultimately interacting with our body’s defense mechanisms. Seasonal allergies can impose significant health burdens, with an estimated 10–30%of the global population affected. Certain allergy responses can also be attributed to higher levels of exposure to indoor allergens, like cockroaches, dust mites, or mold spores.

Let’s take a closer look. Your body responds to pollen allergens after contact with the airway mucosa in your nose and throat and then produces symptoms. In medical terms, this is called Rhinitis, aka Hay Fever (which is a misnomer as in most cases there is neither hay nor fever), or Pollinosis (allergy from Pollen). This allergic response includes symptoms such as congestion, coughing, sneezing, runny nose, and general feelings of discomfort, which can make it difficult to relax and fall asleep or disrupt your ability to stay asleep, contributing to feelings of fatigue during the day. Other symptoms can be in the form of dermatitis (eczema) or asthma.

Have you ever observed or wondered why each year your allergies feel like they are getting worse or receiving symptoms you never had in the past?

Well, friends, with a warming climate particular to North America, scientific studies are finding that there is an increase in pollen concentrations and pollen seasons. Carbon dioxide (CO2), in addition to being the principal global warming gas, can also be thought of as plant food—it’s the source of carbon needed to make sugars during photosynthesis. When exposed to warmer temperatures and higher levels of CO2, plants grow more vigorously and produce more pollen than they otherwise would. For instance, a 2012 study demonstrated that ragweed plants grown in warmer soil exhibited an increase in the number of stems, total biomass, pollen diameter, and total pollen production.

Other experiments have demonstrated that doubling CO2 levels from current to projected future levels would result in a 30–90% increase in ragweed pollen production. Field studies also clearly show that ragweed has begun to flower earlier and produce greater amounts of pollen at urban locations where there are higher CO2 concentrations and temperatures in comparison to rural locations. Studies indicate that the introduction of new pollen into a region can lead to increased allergic illnesses in the population, even among people who did not have previous allergies to other pollen.

There are at least three environmental factors that induce pollen allergen release in the air: 1) high relative humidity, 2) heavy rain, and 3) pollutants (e.g. carbon particles from diesel engine fumes). Even transcontinental transport of dust particles has been observed. For instance, during April 1998, the dust plume from two large dust storms over the Gobi desert crossed the Pacific Ocean and resulted in strong spikes in particulate matter concentrations ten days later along the west coast of the United States.

In relation to the first two aspects of humidity and heavy rain, hurricanes have been shown to impact allergic-related diseases. The most widely studied of these is Hurricane Katrina, where large sections of New Orleans were flooded for weeks, resulting in extensive mold growth in buildings. Hospitals in New Orleans reported an increased number of patients with allergy and cold symptoms, and doctors suggested that allergy to the mold and dust circulating in New Orleans made residents susceptible to respiratory illness, known as Katrina cough.

To address the third environmental aspect of air pollutants, some researchers hypothesize that the reason for the increase in urban allergic disease may be due to the role that air pollutants play in mediating the health effects of aero-allergens. In this process, the inflammatory effects of O3 with particulate matter and SO2 allow for easier penetration of pollen allergens into the airways. As a result, air pollutants can increase the release of antigens in pollen grains that leads to allergic responses. Pollutants can also absorb pollen grains, thus, prolonging the retention of the pollen grains in the body once inhaled.

Throughout North America,especially Southern California, green spaces are a key element in the planning of today’s cities, since they favor the interaction between citizens and the environment, as well as promoting human health. Despite the benefits, the design of green spaces often uses non-native, ornamental species, which, unfortunately, is among the factors triggering one of the most widespread diseases in urban populations: pollen allergy!

Other major causes of this extensive allergenicity include low species biodiversity at planting; the overabundance of given species acting as key specific pollen sources; the choice of male, pollen-producing individuals in certain plant species; the presence of invasive species; and inappropriate garden management.

Due to the heavy toll allergies can have on your immune system, The Water Brewery recommends cultivating proper hydration to help flush out those environmental toxins and meet your cell’s needs. In addition, TWB recommends some of our supplements like Reishi, a medicinal mushroom and adaptogen, which supports the immune system to function optimally and lessen response to allergies. Also, try a batch of the Vitali-Tea, which synergistically alleviates inflammation and promotes immune system support and is highly recommended by Einar. Lastly, Fulvic acid may help to reduce reactions to pollen especially in regards to eczema as it enhances antioxidant activity reducing inflammatory responses. 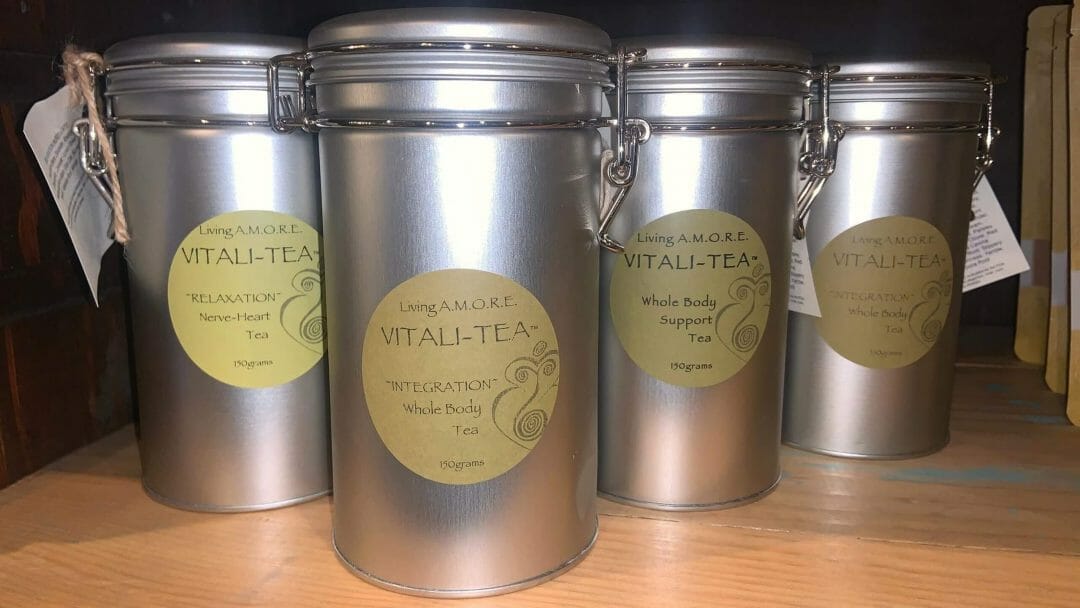 Vitali-Tea was inspired by Einar’s first teacher Torlief, from Stangaland, Norway. Torlief had the ability to measure the wavelengths, or energy signature, of our inner organs. He then found the same corresponding wavelengths/energy signatures were matched to different herbs and he also identified the minerals behind each of these wavelengths. With this information, Einar and Torlief created our Vitali-Tea blends to specifically target different ailments.

“These teas replenish different minerals that have been used up during our lifetime. Every time we inhale, ingest, and/or absorb chemical substances, our body will steal the antidote mineral for that specific chemical. These teas help to stabilize your blood sugar levels so your body becomes more grounded from within. It also stabilizes your emotions because the minerals in the tea give your body the resources needed to calm and relax your nervous system. Once your body is grounded and stabilized, you are able to utilize the vitamins that you get through your diet at a much higher level.” 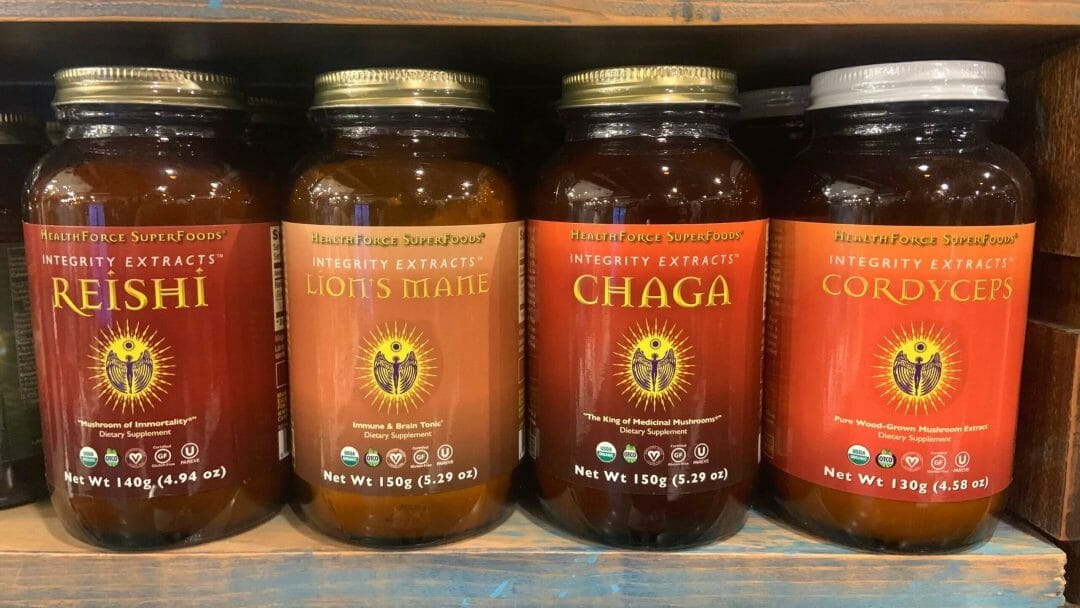 Reishi helps the body adapt to stress, and supports the maintenance of a healthy immune system.

Chaga offers an abundance of antioxidants for skin, hair, and nail health, as well as overall support for increased immunity and vitality.

Cordyceps have been known to increase endurance, strength, and energy. In addition to supporting stamina, they are a powerful adaptogen.